By January of 1943, Dick Kelsey had traded in his title as Art Director of the Walt Disney Studio for Lieutenant of the U.S. Marines. During his time in the service in World War II, Lieutenant Kelsey of the 1st Marine Division served his country from the jungles of the Southwest Pacific. Between 1943 and 1945, Kelsey would not only be promoted to Captain of the Division, but also supervise a relief map unit.

The images that you see within this post showcase an original painting that Kelsey created either during or after his war experiences. This painting became a part of my collection a number of years back as a result of an email from Bill Moore of California. His family's connection to Kelsey was made when Moore's grandparents obtained Kelsey's vacation home in Three Rivers, California in the 1950's. At some point during that time period, his grandparents obtained this painting; perhaps from Kelsey himself or as a part of the home? Almost five decades later, it was passed on to Bill by his mother.

As a person who continues to appreciate Dick Kelsey's life in art, I feel this painting is significant in a couple of ways. To begin, the creative output is that of a painter of fine art who has been influenced by the conceptual style that goes into the preliminary work of animation. The native figures alone have an almost Mary Blair quality to them; an artist who no doubt influenced Kelsey while working together at Disney. After studying many of the Little Golden Books that Kelsey illustrated in the late 40s and early 50s, the style of this painting is similar to that of a children's book illustration. This of course is not meant to demean or criticize Kelsey's skill, but to acknowledge that his style of fine art had indeed been influenced by the art of animation.

When Bill first described this painting to me through e-mail, he said it appeared to look like the scene from an African village. One couldn't blame anyone for thinking that; myself included. I'll admit that before getting the package, I secretly hoped that Bill was wrong, and that it was indeed something Kelsey created as a part of his service years. Upon receiving the painting, I immediately did an image search of the Southwest Pacific during World War II, and was very happy to see that the settings and people were extremely similar to what Kelsey included in his painting. I've included these images for those interested.

Being that Kelsey created many art pieces based on his time in the Southwest Pacific, and exhibited quite a few after his return in 1945, it's very likely that this was among the many. Whether Kelsey did or did not create this particular painting while still stationed on the islands in WWII will remain a mystery. According to his third wife, Alma, in an interview with Kathleen Brewster of the Santa Barbara Historical Museum in 1990, watercolor paints were all that was available to him while away at war. However, a visiter of this post shared that his father not only served with Dick Kelsey in the Marine Corps, but witnessed him paint in oils and draw with pastel and charcoal firsthand. In fact, Kelsey and him became such good friends, that the art pieces were given to him as gifts. If acrylic paints were made available to him too, perhaps mine was created across seas as well. 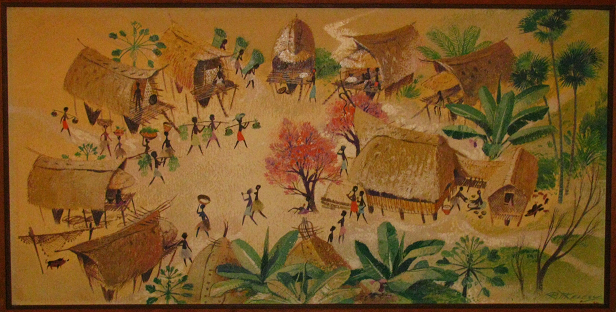 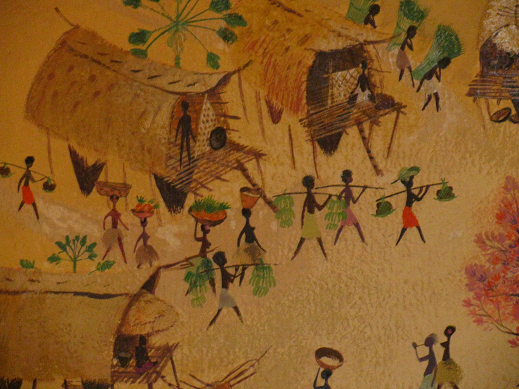 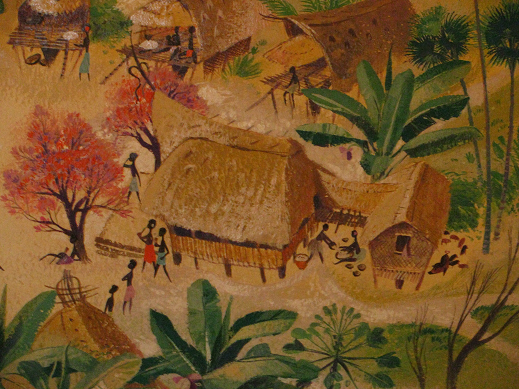 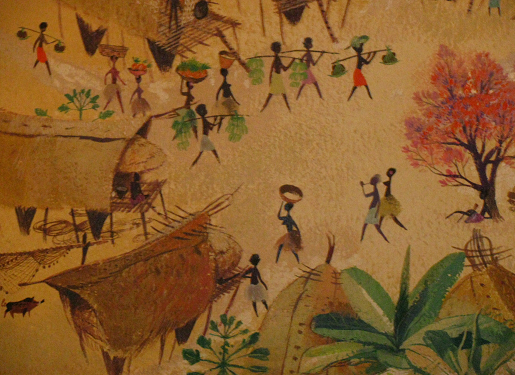 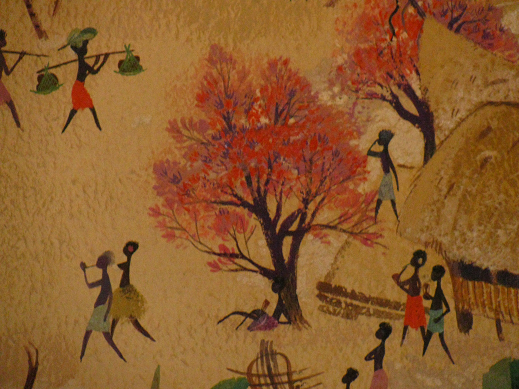 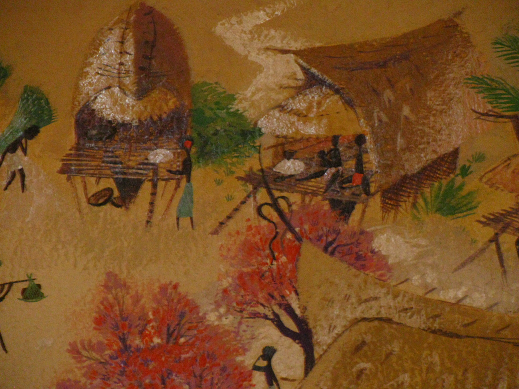 Here are three photos of the time period in native villages of the Southwest Pacific.  See the similarities? 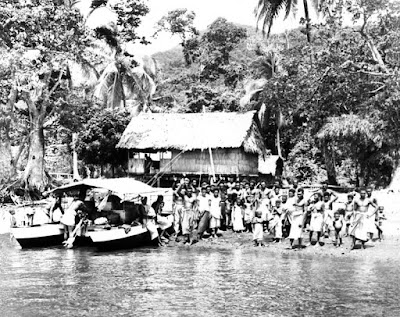 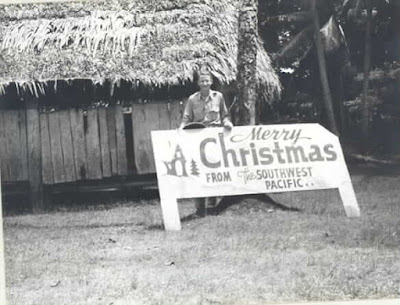 I can't thank Bill enough for allowing me to find a loving home for this Kelsey treasure. I know how much it meant to his grandparents and his mother. This post is dedicated to them, and of course Richmond I. Kelsey.
Posted by Vincent Randle