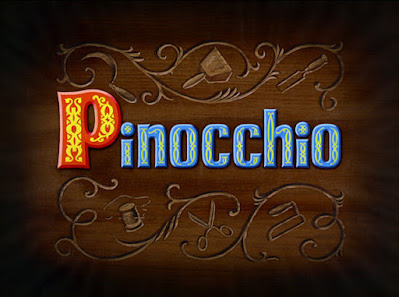 In late December of 1937, Walt Disney’s Snow White and the Seven Dwarfs made its world premiere, and changed the way those silly little films called ‘cartoons’ were perceived by the mass populace. Snow White’s artistic triumph resulted from Disney’s patience, storytelling, and the refinement of his animators’ skills throughout the twenties and thirties. Kelsey’s former student Ward Kimball had been hired at the Studio three years prior, and contributed to sequences within Disney’s revolutionary tour de force.

The revenue Disney earned from the success of Snow White would spread to many areas of the organization, including into planning for a new and improved studio in the Burbank area to work on Pinocchio (1940), Fantasia (1940), and Bambi (1942)  (Pinocchio was chosen to become next in line during the same month of Snow White’s release).[i] Pinocchio’s special effects and stylized approach would take animation to new heights, and Disney no doubt wanted the best artists available to assist in making this vision a reality. One of the biggest influences on the film’s tonal style was illustrator of children’s books Gustaf Tenggren. Tenggren’s inspirational and conceptual art for Snow White, along with contributions tendered by many other artists, like Albert Hurter, helped to establish the look and feel of the film. Additional artists brought on for Pinocchio carried with them skills obtained from the Santa Barbara School of the Arts. Campbell Grant was assigned to character design, and none other than Richmond “Dick” Kelsey to art direction, with a recommendation from former student Ward Kimball.[ii] Dick Kelsey’s initiation into the Walt Disney Studio system consisted of art direction and layout work on Pinocchio. As one of the art directors on the film, he worked closely with the directors, assisting in the establishment of the overall mood, staging, and color of specific scenes. The concept of art direction and layout essentially is similar to craftsmanship needed to construct staging elements for a theatrical production. Lighting is of the utmost importance, for through it an audience can detect mood and begin to sense in what direction the action will move. With action-staging in mind, art direction and layout artists are also responsible for characters’ paths of motion across a scene or background. The background itself is sketched initially by the layout artist and sent to the background department for color rendering. In the end, artists like Kelsey ensure that both the presence of animation and the atmosphere surrounding it work in concert. Legendary Disney storywriter and then head of the Model Department Joe Grant stated, “Kelsey had done some very fine things, he would work out with the directors.”[iii]

While considering Kelsey’s estimable aptitude for management of these nuanced facets of the Disney animation process, it is important to remember his art training did not directly prepare him for intricacies required of animation. The style he brought to the Walt Disney Studio was that of fine art, which happened to be the exact flair with which Walt Disney desired to imbue his animated features. It is arguable, however, that Kelsey’s expertise in woodblock printing served as a tool with unique advantages for animators. “Since woodblock printing lends itself to large areas of solid color on the printed paper, it is therefore logical that the student training would lend itself to the production of the stillframes used in animated movies, those stillframes being likewise composed of large areas of solid color.”[iv]

“The layout drawings for Pinocchio were made with great attention to detail,” noted author Christopher Finch. “Often more than one artist worked on a single layout, the first making an outline drawing, and another adding the tonal rendering.”[v]  Alongside fellow art director Al Zinnen, Kelsey created the blueprint for scenes where the young boys wreak havoc on this carnival land of mischief and horror.[vi]

In existing layouts drawn in graphite, one finds illustrations depicting paint-spattered walls, scattered remains of broken furniture, piles of bricks, and immense wooden statues of Indian chiefs grasping cigar boxes. The artists go as far as to place a portrait of the Mona Lisa amongst rubble, only for Lampwick to strike a match against the painting’s inscrutably smiling face. It is interesting to note some of the buildings in specific scenes have a Spanish Colonial style, perhaps nodding at Kelsey’s influence. The animation eventually overlapping Kelsey and Zinnen’s stage designs worked seamlessly, painting a world where the young openly rebel against their mothers, soon crying out for those maternal protectors.

Preceding the terrifying scene wherein Lampwick transforms into a donkey, the sequence involving Jiminy Cricket’s shocking discovery of a Coachman loading boys-turned-jackasses into wooden crates is equally unsettling. This brief sequence was staged entirely by Dick Kelsey, and its claustrophobic atmosphere illustrates escape is indeed futile.[vii] Jiminy emerges from underneath a crack in a massive wooden door to spy a dock nestled at the base of a mountainous wall of stone. Wooden crates clustered wall-to-wall wait to be filled while a ferry tethered to the pier idly floats until loading. Cargo signs reading, “SOLD TO THE SALT MINES,” along with articles of boy’s clothes strewn about the periphery, convey the youths’ dire situation brilliantly.

Dick Kelsey not only teams up with Al Zinnen once again on the sequences involving Pinocchio’s and Jiminy’s escape from Pleasure Island and their return home to Geppetto’s workshop, but serves as color supervisor on both as well.[viii] All of the island scenes take place at night, and continue to do so upon the duo’s escape. Twinkling stars cast amongst the vast blue darkness of the night sky engender feelings of loneliness and desolation, as do rounded dark mountain formations surrounding the island. All intimate a far cry from comfort, great distances from the warm, wooden colors of the puppet master’s cottage. As desolate as the scene may be, its beauty cannot be denied, an endless sea looming, mirroring the stars above.

The scenes that follow emphasize feelings of hopelessness, and the village’s barrenness reveals the puppet and cricket are its only inhabitants. Kelsey and Zinnen successfully create an environment where Pinocchio appears lost in a place that should bring him comfort while the world continues to sleep. The interior workings of Geppetto’s abandoned cottage are woven with cobwebs, indicating its owner has been gone for quite some time. The two art directors continue this progression from above, from chimney tops, as the Blue Fairy (in the form of a dove) delivers a letter revealing Geppetto’s whereabouts. Kelsey’s choice of gold for the letter’s emblazoned text symbolizes hope, and contrasts with the cold mood of the night. The sequence’s most impressive layout design is that of the village’s cobbled street shown at that segment’s conclusion. As Pinocchio and Jiminy race towards the sea along stone sidewalks, the audience gets fleeting glimpses of the quaint shops that line the village street. It is here Kelsey and Zinnen pay homage to Tenggren’s inspirational paintings, in the village’s mood and atmosphere.

As one can surmise, Dick Kelsey’s contributions to Pinocchio were considerable, and his art direction of aquatic scenes involving Monstro the Whale clearly encompass some of Pinocchio’s paramount achievements. In addition to Pleasure Island and the escape sequence, Kelsey’s role as color supervisor on all underwater scenes, along with chases involving the whale in the film’s grand finale, could arguably be his greatest contribution (Kelsey also color supervised a later-deleted sequence where Geppetto is swallowed by Monstro).[ix]

As the camera plunges downward through many leagues to the ocean’s floor, the audience witnesses a world bursting with contrast – not only in color, but in detail as well. Three-quarters of Pinocchio takes place on land, so this drastic scenery change truly coaxes effervescence from the aquatic denizens inhabiting the depths. The supervisor’s color choices are inspired and assist in bringing out the layers and depth of this colorful abyss. His color palette, not limited to the cool shades of blue, green, and purple, brings a delectable feast of reds and oranges and pinks to pulsing life. The earthy and smooth texture of the sea’s sandy bed, along with the algae-laden, pocked surfaces of resting rocks, acts as a foil for a bursting rainbow-bright plethora of sea life. Although the watercolor backgrounds are busied with detail, set against the animated school of fish surrounding Pinocchio, the sequence never seems too busy and continues to indicate the painstaking attention required by the animation process. If anything, the exhilarating opening underwater shots only make following scenes involving Monstro the Whale more frightening.

Upon seeing the mammoth whale initially, shades of gray engulf the screen like a billowing fog. Kelsey indicates, through carefully calculated coloration, that there is nothing settling about the environment surrounding the whale. The gray and white colors of fish only add to the desolate mood, and the appearance of a broken ship ethereally shrouded in the depths suggests an underwater graveyard. The only image permeating the basaltic murk is that of Monstro. His cold, dark-blue color looks chilly to the touch, and his smooth, rubbery surface shines like a tightly stretched balloon. After being awoken from slumber, Monstro’s chase for food to the water’s surface begins. The audience sees a gradual increase in colorful shading variance. As Monstro ascends from the depths, Pinocchio and Jiminy, donned in clothes detailed with bright and multi-colored hues, stand out. As this chase intensifies, one is engrossed in Geppetto and Pinocchio’s daring escape across a sea of crashing waves.

A preliminary gouache created by Kelsey for the chase scene with Monstro the Whale sheds some light on the new style of art Kelsey had adopted. In this conceptual painting, the character movement, or subject animation, is apparent, and the scene itself evokes a sea-sickish feeling through color, as the whale smashes the wooden raft like a twig, sending puppet, master, and kitten spinning down into the ocean’s depths. The unrelenting terror caused by Monstro’s presence, visualized as an enormous flailing tail in the painting’s lower-left corner, is sensed, and the hopelessness of the characters’ lot is palpable. The smallness of their stature in comparison to the vastness of the ocean engulfing them is effective, and the threat of Monstro’s repeated attacks certainly seems eminent. This conceptual art not only assisted directors in visualizing a scene of this caliber, but the inspiration it radiates translates into the final moments of the completed film.

Roiling greenish water washing into the whale’s mouth, along with blue shading dancing within the rolling surface waves, was also supervised by Kelsey. In this final battle the ocean water itself plays a pivotal role. When viewing this chaotic sequence, waves almost seem alive with movement and color. Credit should not only be given to the sequence’s brilliant effects animation, but to Kelsey’s choice of palette, too. It would have been easier to paint all water a uniform shade of blue, but instead the audience is treated to waves foaming with whites and grays set against waters undulating with shades of blue, both light and dark. His attention to detail, awareness of staging, and innate coloration sensibilities demonstrated during the production of Pinocchio certainly proved Kelsey’s worth to the studio. This powerhouse of a film, however, was only the beginning of his adventures in animation.

[iv] College of the Siskiyous, "The Significance of Mount Shasta as a Visual Resource: Woodblock Artists." Last modified 2001. Accessed May 12, 2011. http://www.siskiyous.edu/shasta/art/woo.htm.