Metamorphoses and the Art of Ron Dias

For those who are just seeing my blog for the first-time, I'm currently in the process of researching the art and life of the late animation artist, Ron Dias.  Ron and I became good friends via telephone years back, and we got to meet once in person.  His art, perhaps, has even made an impact on your childhood without your even knowing it.  Did you watch Scooby-Doo, Where Are You!,  Johnny Quest, or The Secret of NIMH (1982) as a child?  If so, Ron's art is hidden in there somewhere in the form of bright and colorful background paintings.

There is an animated film, however, that next to no one has heard of that Ron designed and created background paintings for.  It is called Metamorphoses (or Winds of Change), and it was released in 1978 by Sanrio (yes, the creators of Hello Kitty).  According to animation historian, Fred Patten, Metamorphoses was "a theatrical animated feature then in production that Sanrio advertised would be the Japanese equivalent of Disney’s Fantasia (1940)."  Patten continues:

Actually, Sanrio had commissioned Metamorphoses to be produced in Hollywood by an experienced American animation staff, directed by Takashi (an artiste; he only used his first name) Yanase. The movie was a 70mm adaptation of five of Ovid’s Roman tales (Actaeon, Orpheus & Eurydice, Perseus, “The House of Envy”, and Phaëton) with cute cartoon characters, and a pop-rock score orchestrated from original rock tunes commissioned for the movie by such big-name composers as Mick Jagger from the Rolling Stones, Joan Baez, and the Pointer Sisters...


Below are several examples of design and background art that Ron Dias did for this forgotten film.  Ron's signature color style is most evident.  His notes to me, penned in white ink, reveal specifics pertaining to this art. 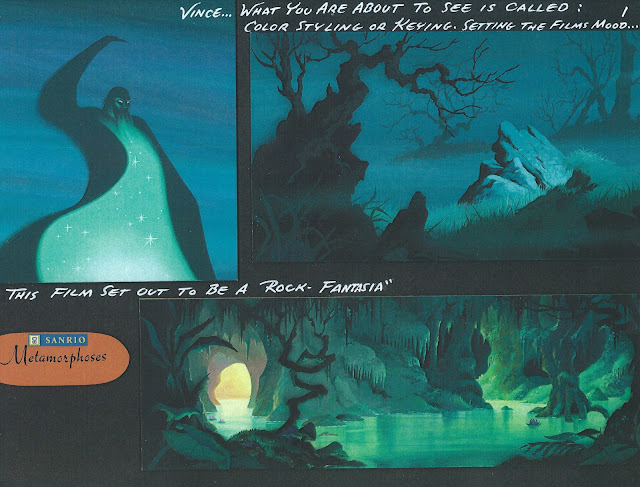 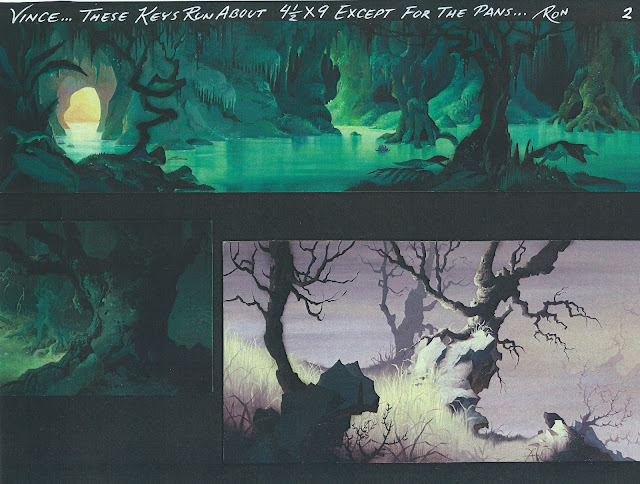 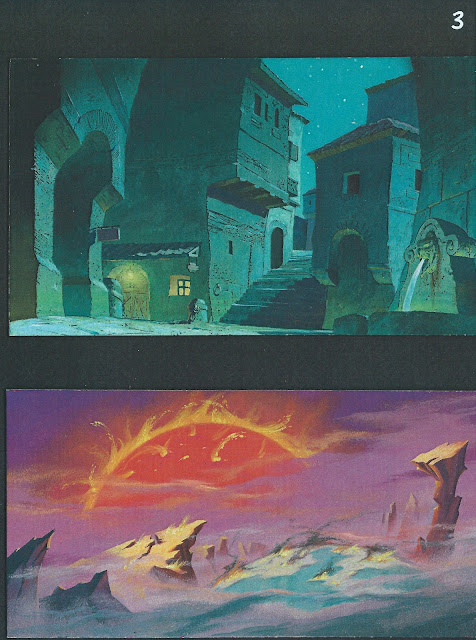 Cool! Dad's handwriting stands out, for me. I don't think I've seen these pictures before. Did these scenes make it into the final movie? I'll have dig out my copy of the DVD.