Come dream with me tonight... 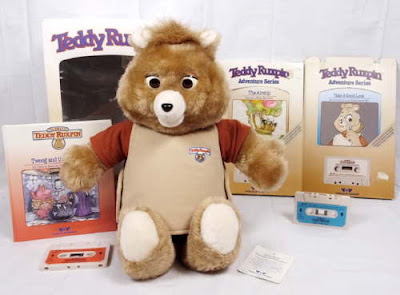 Children of the 1980's may recall the famous words above by the once popular talking plush bear, Teddy Ruxpin.  For those of you who are too young, or perhaps too old, a simple search of Teddy Ruxpin on Wikipedia or YouTube will give you all the information you've ever wanted (or not wanted).  I was one of those children of the 80's, and my love for my Teddy Ruxpin plush (who I still have) was rekindled after an interview with retired animation layout artist, David High.

High was not only a concept designer on all 65 episodes of The Adventures of Teddy Ruxpin animated series (1987), but acted as art director on many of the original Teddy Ruxpin books as well.  The Ruxpin plush toy was animatronic, and when activated, read stories to its young owners.  A cassette deck was housed in the doll's back, and for each cassette that was produced a corresponding hardback, illustrated storybook was included.  In fact, the map of Grundo (the land where Teddy Ruxpin lives) found on the end pages of the books was designed by David High himself.  High worked closely on the books with the late Teddy Ruxpin creator, Ken Forsse (1936-2014).

High then shared with me:

...We were going to be doing a feature film and it was gonna be traditional, full animation with the characters with a CGI background, which had really never been done at the time.  And, so I put together a Leica reel…to try to...build money up to do the project, and which it never really happened.

High's reference to a Leica reel may need clarification.  A Leica reel, as described by author Christopher Finch in his The Art of Walt Disney, "provided a way of projecting story continuity drawings in synchronization with whatever part of the sound track had been prerecorded, thus giving at least a rough idea of how the final movie might look and sound." 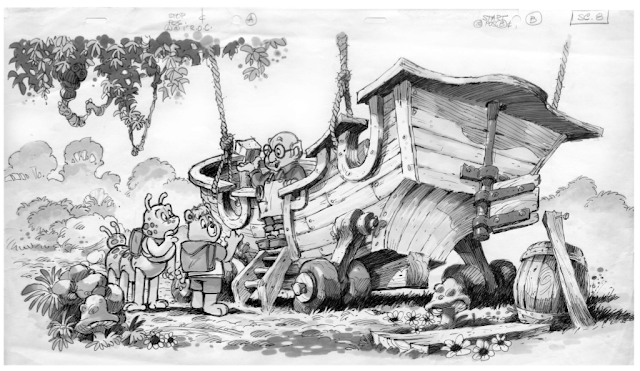 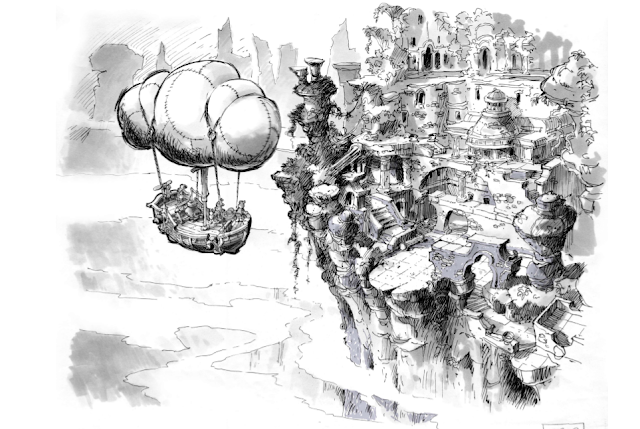 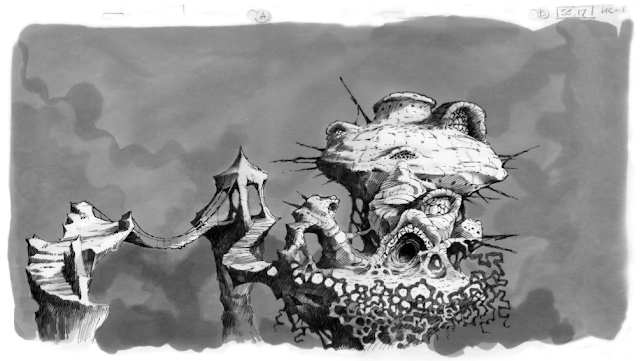 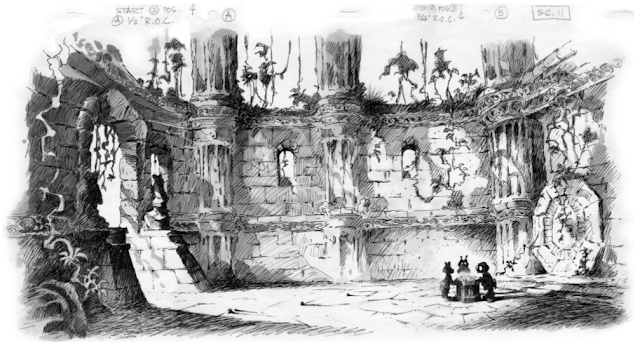 I love these, they are so inspirational and creative. Especially the use of light and shadow, depth, and forms to convey lots of information in one shot. So good.