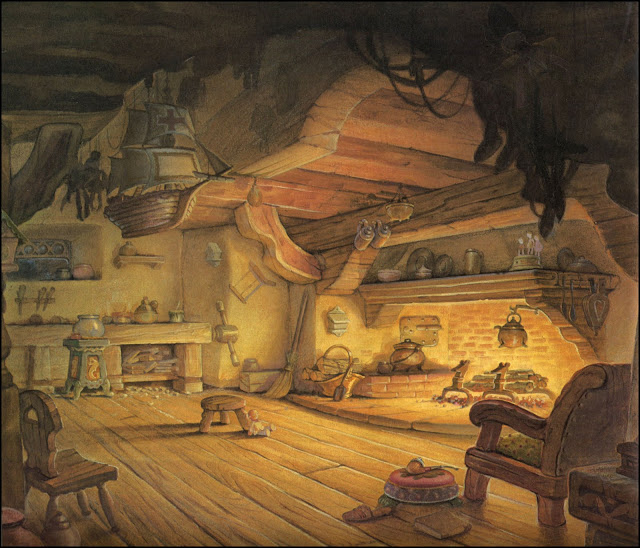 Through the course of my research on animation background and layout artists, I was introduced to the term "moldy fig."  It was first offered to me during a brief phone call with Joseph De Meis.  De Meis' career in theme park art direction and design goes as far back as WED (now Walt Disney Imagineering) in 1969.  I mentioned to De Meis my research concerning the late background artist, Ron Dias (whom I'm planning to a write a biography about), and informed him of my recent interview with layout artist, Michael Hodgson.  De Meis didn't know much about Dias, but he told me to mention "moldy fig" to Michael Hodgson the next time I talk with him.

The term "moldy fig" - originally - refers to someone who is a purist of early jazz music.  However, the term somehow became loosely associated with animation according to artists I've talked to. When I asked retired layout artist, Michael Hodgson, about the term, he shared:


'Moldy fig' is...kind of that fat, worn, old look that Disney really captured in, well, Pinocchio (1940) would be the best example.  You know, the barrels were a little thicker and the tables were very fat and worn and stuff like that.

Hodgson was unsure of the origin of the term concerning animation, or how well-spread it became, but knows that artists did use it.  He incorportated the 'moldy fig' style in his layout art for The Black Cauldron (1985) and in his personal pencil renderings of the past and present.

In my recent interview with animation and comic artist, Bruce Zick, I asked him about "moldy fig" and he responded, "Oh!  I haven't heard that in a long time...it's a sort of 'gingerbready' type of [style]...it's almost like a Pinocchio, Gustaf Tenggren kind of way of approaching it [layout and background styles]."

To get a real feel for the "moldy fig" style these artists were trying to describe, check out the art below from Pinocchio and Snow White and the Seven Dwarfs (1937).  Observe the thick wooded furniture and architecture of the locales from the two classic films, and ask yourself, "Am I a 'moldy fig' fan?" 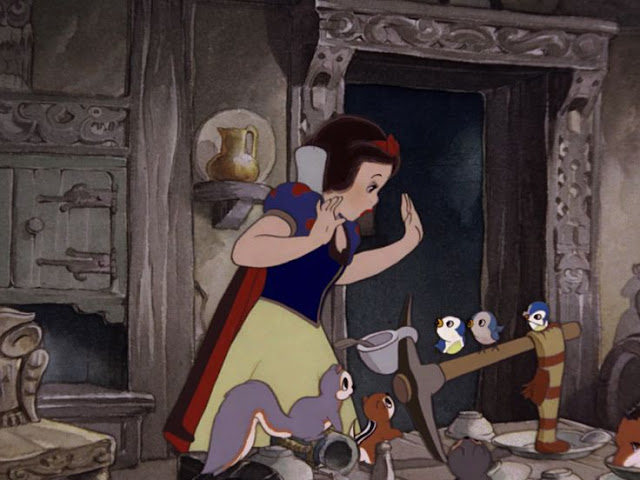 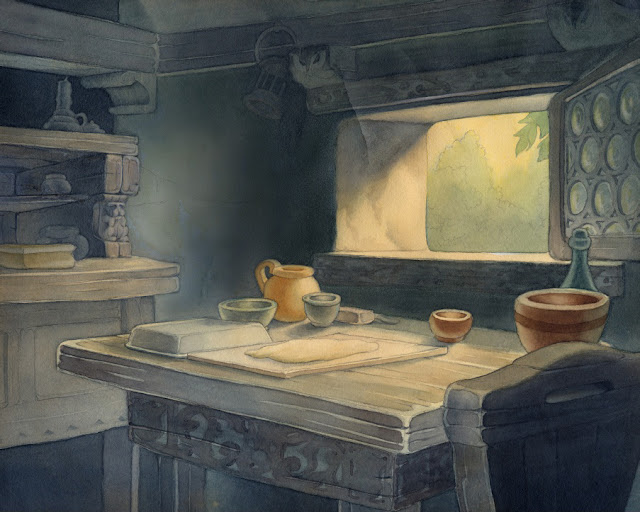 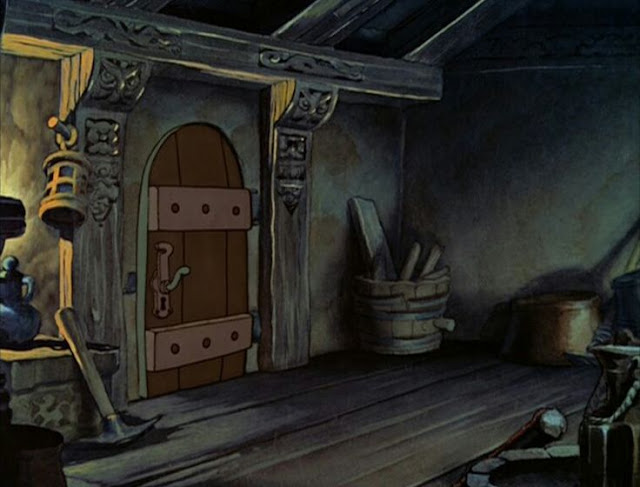 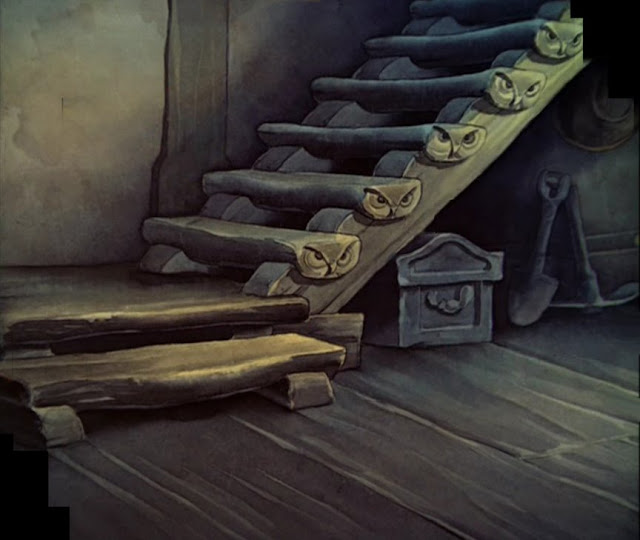 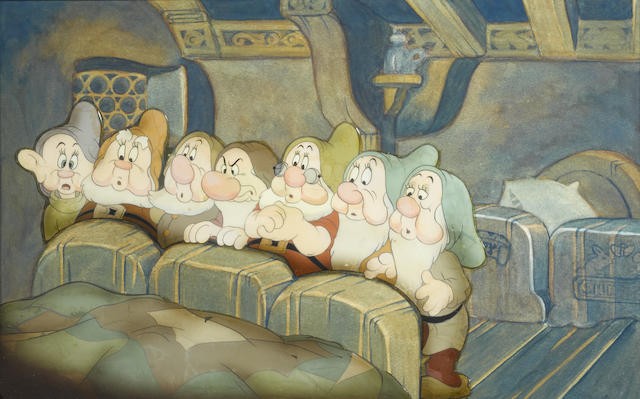 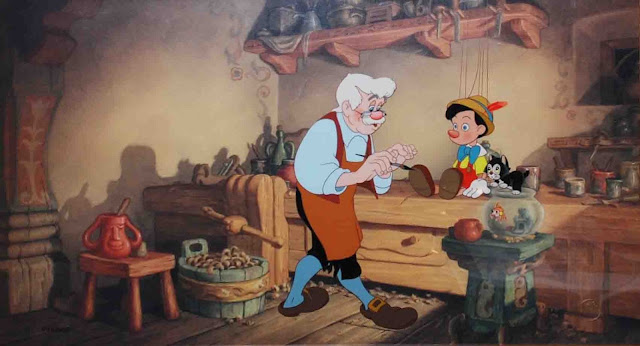 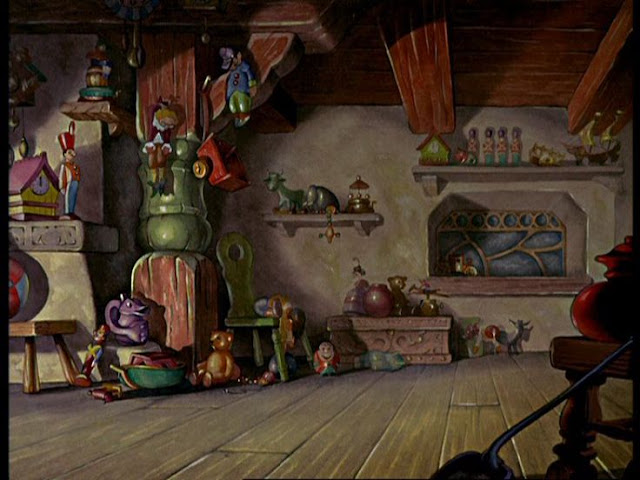 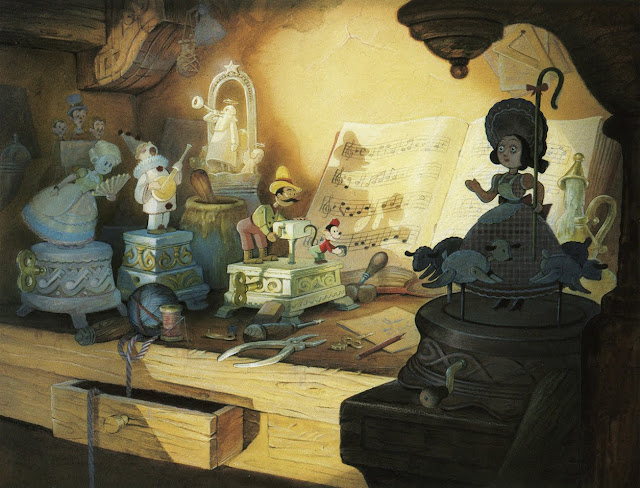 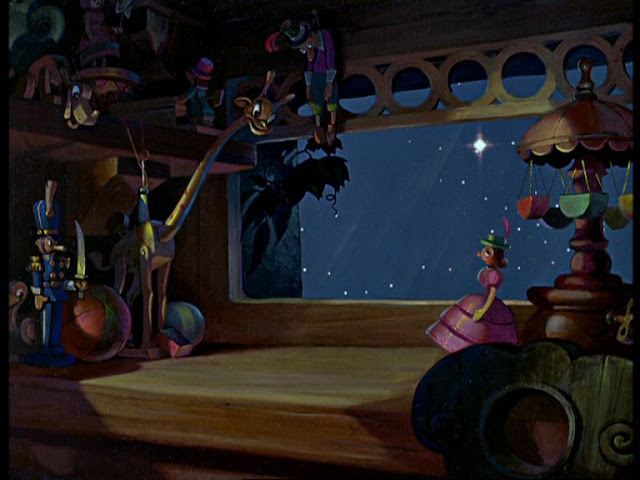